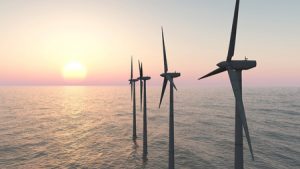 A number of the islands located in and around the Caribbean were devastated by Hurricanes Irma and Maria this year. Those islands are going to have a long rebuilding process ahead of them, but there could be some good to come out of it. While the U.S. and many other countries around the world have set their sights on developing renewable energy infrastructures, many Caribbean nations have yet to make the switch from costly fossil fuels. Now that these countries are being forced to rebuild their energy infrastructures, some politicians and business are advocating for new, more efficient forms of renewable energy in the Caribbean.

According to Caribbean News Now, Virgin Group founder Sir Richard Branson and BMR Energy CEO Bruce Levy recently met with Caribbean government leaders to discuss opportunities for renewable energy development. At the Caribbean Renewable Energy Forum, there was a lot of talk about how renewable energy could benefit countries affected by this year’s hurricanes, and there seems to be a big push to incorporate renewable energy into rebuilding plans for the future.

Many islands in the Caribbean have extremely high energy prices because they have traditionally been dependent on imported fossil fuels.

By utilizing solar farms and other sources of renewable energy, these islands could cut their energy costs dramatically and eliminate their dependence on other countries for fuel. This would certainly be a silver lining for those countries suffering in the aftermath of the hurricanes, and it could help to promote hope and optimism as they work to move forward. A modern renewable energy infrastructure could make it easier for Caribbean to recover from future storms as well.

It won’t be easy, but with support from industry leaders like Virgin Group and BMR Energy, renewable energy generation could soon become the new norm in the Caribbean.