Last month, the state of California was the first of the 50 states to set a standard on energy efficiency for computers. 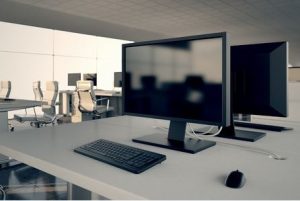 The commission estimated that computers in the state of California use around 5,600 gigawatts of energy per year, representing 3 percent of residential and 7 percent of commercial electricity usage annually.

The limits will go into effect Jan. 1, 2018, starting with smaller servers and office computers. The goal is to save electricity costs for the average consumer while also improving overall efficiency in computing. The commission projects a savings is around $373 million dollars a year for consumers.

This new regulation is expected to impact the cost of computers and monitors that need to have new technology included to meet these new standards. Desktop costs are estimated to increase by around $10 while laptops – many of which already are power efficient – are should see a negligible $1 increase.

Monitors costs are expected to go up by around $5, while the greatest increase of $13 is expected for workstation computers. These initial upfront costs, while inconvenient, will wind up saving consumers and businesses more long term with reduced energy costs. The hope is that with this being implemented in the home of Silicon Valley, these standards will spread worldwide and develop into an industry standard.

Beyond more efficient computers, there are many ways your home and business can be both more energy efficient and environmentally friendly. At Rick’s Energy Solutions, we can help you become more efficient with our full range of energy and efficiency services. To learn more, give us a call today at 707-578-5380.