The idea of building a home—or even just a part of a home—with fungus probably wouldn’t normally appeal to a lot of people. Fungus is something that most people try and keep away from their homes. But there are companies like Ecovative Design, which is located in upstate New York just outside of Albany, that are finding ways to use fungus in really unique ways. And in the not-so-distant future, there’s a chance that certain types of fungi could end up being used to create building materials that will be better for the environment and better for constructing homes. 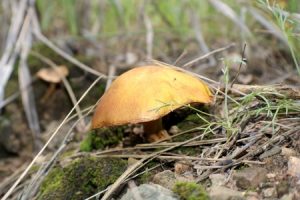 Ecovative is a company that uses a special blend of corn, hemp and mycelium, which is the vegetative portion of fungus, to create a raw material that looks similar to mulch. When you add water and a small amount of flour to the fungus, it becomes activated and can hold together the material in just about any shape you want. Ultimately, the folks at Ecovative hope that the material could be used to make roofs, walls and other parts of a home. The product would grow over time, which could present some unique construction challenges, but that wouldn’t necessarily be a bad thing. Repairs could be made to leaky roofs, drafty walls and other parts of the home without replacing any of the materials since, in theory, these things would regenerate on their own over time.

The Ecovative brand isn’t ready to start building homes and structures just yet, but they did recently receive a $9.1 million contract from the U.S. Department of Defense that will allow them to come up with new uses for their living building materials. If they’re successful, they could completely change the way that some eco-friendly buildings