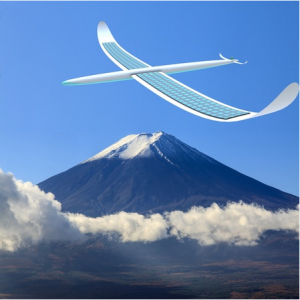 Last week, a solar-powered plane that is flying around the world without any fuel left Hawaii after being stranded there for nearly 10 months due to some technical difficulties.

The plane – Solar Impulse 2 – is co-piloted by Bertrand Piccard, a Swiss explorer and psychiatrist, and Andre Borschberg, a Swiss engineer. The pair takes turns piloting the fuel-less plane, since there is only room for one person. Making the flight even more arduous, its top speed is only about the same as a car, meaning the journey from Hawaii to California took almost three days to complete. The solar craft set down in Mountain View on Saturday after giving residents in the Bay Area a rare look at green flight.

The original plan was for the Solar Impulse 2 to land back in Abu Dhabi, where its journey originally began, more than a year ago in March 2015. But a series of technical difficulties and bad weather, including an unplanned pit stop in Japan where the plane was damaged during landing due to a storm and overheated batteries en route from the island nation to the Hawaiian Islands, the trip has expected major delays, notes Vox.

The team’s biggest achievement thus far has been the crossing of the Pacific in two flights. Borschberg wore an oxygen mask during the first half last year, piloting the plane to over five miles into the atmosphere during the day and collecting enough solar power to continue its flight path to Hawaii. The flight time was 117 hours and 52 minutes, setting a record for the longest solo flight.

The flight also resulted in heat damage to the batteries, however, which had sidelined the plane for repairs for the past nine months. With the new set of overheat-proof batteries, though, the Solar Impulse successfully glided into Mountain View on Saturday night to a warm greeting of dignitaries.

Next, the plane will make a few shorter flights as it crosses the U.S. and then across the Atlantic, with the intention of returning to the Middle East by the end of the summer – still completing its journey around the world without one drop of fuel, only a year and a half late.

Meanwhile, here on the ground, Rick’s Energy Solutions can help you kick the fuel habit with green energy alternatives and energy-efficient improvements, including solar panel installation. To learn more about how we can help your home or business save on your energy costs, call us today at 707-578-5380.