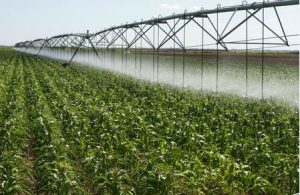 California is now amid its fifth year of serious drought, and state and private agencies alike have been trying everything from water usage restrictions to exploring alternative sources of water as part of efforts to balance demand with availability. The problem with converting alternative water sources like recycled wastewater, brackish groundwater and seawater into potable water is that the energy required to treat the water is expensive. That’s why one lawmaker has now proposed using the state’s push on renewable energy sources as a way to help drive improvements in water availability.

Sen. Bob Hertzberg (D-Van Nuys) introduced Senate Bill 919 in an effort to reduce energy costs for water plants that are supplementing or creating water supplies, reports Southern California Public Radio. Hertzberg has said that there are so many solar panels now in use in California that it makes sense to have water plants operating during times of peak renewable production like mid-afternoon. However, these periods also tend to be the highest demand periods, as commercial and residential customers alike use air conditioning to keep cool in the heat of day.

At present, water utilities are charged higher rates for electricity during times of peak demand. SB 919 would flip that billing arrangement for certain water utilities to allow them to process water during the times when wind and solar energy production is at its peak. The proposal seeks to give these water purification facilities access at off-peak rates.

There are a number of water districts in California that would stand to benefit from SB 919. Ventura County’s Camrosa Water District is one of them. The Camrosa Water District provides water for about 30,000 customers around Camarillo, but it currently imports about two-thirds of its water from northern California. A desalination plant that opened in 2014 is now capable of processing 1 million gallons of salty well water every day and converting it to drinking water, working to reduce the amount of water that must be imported.

California currently obtains about 5 percent of its energy from solar and another 6 percent from wind, and as part of state laws that mandate 50 percent of all power production come from renewables by 2030, those numbers are only expected to grow, continuing to increase the availability or renewable energy for desalination and cleaner power. At Rick’s Energy Solutions, we can help make your property more efficient by identifying inefficiencies and areas of opportunity for you through our green home energy analysis. To learn more, call us today at 707-578-5380.

What do you think about using renewable energy to boost water supplies? Let us know in the comments section below!